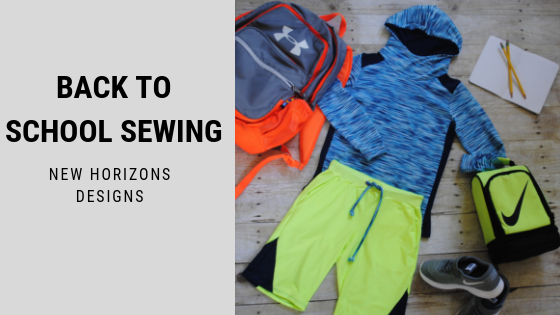 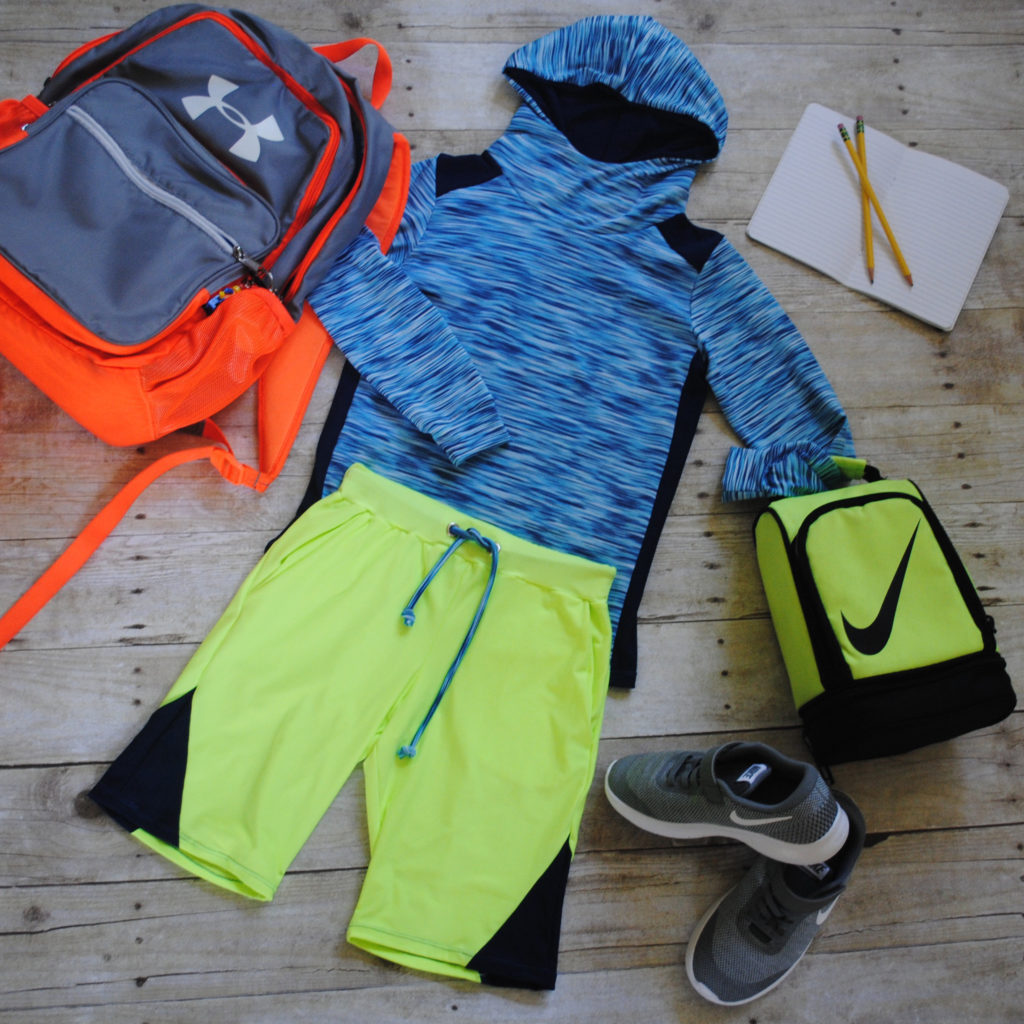 Hello there! Jody here from Argyle and Pearls chatting about my son’s favorite back to school look I made for him! It’s kind of hard to believe a new school year is already under way! My kids have actually been back in class for a month already, but I’m still working on getting their “back to school” wardrobe complete!

My son is a lot pickier than my daughter when it comes to clothing and even though he does wear everything I make him, I can definitely tell when its not something he would have picked out himself.  So in order to fully please him with a couple of new things, I let him help me pick out the fabrics he’d like me to use, and had him show me a couple shirts at the store that he liked.  His preferred style is actually really easy to identify. Basically, if its athletic/performance type fabric and a sporty looking garment, he likes it!  We actually have coined a term for his style… we refer to it as “neon”.  Lots of his athletic gear is actually neon colored or has neon colored accents, so he just started calling ALL of his athletic type clothing “neon”… even if its solid black! I knew I had to make him some neon, or athletic type gear as normal people call it, for back to school in order to make him happy!

He picked out the scraps of this blue performance fabric after he saw the Carita Joggers I had made myself and my daughter from it. Thankfully I still had plenty left!  I love making Swiss Army shirts for my son, but I wanted to switch it up a little bit since he already has so many Swiss Army shirts in his closet.  I wanted to add a hood to it, and first thought of adding the crossover hood from the Elevation hoodie.  Then I remembered how much he liked the scuba hood on one of his store bought shirts and decided to go that route instead by using the Summit Peak hood.  I measured the hood neckline and the Swiss Army neckline and realized it wouldn’t fit as is.  I narrowed down the hood neckline quite a bit to get it closer to fitting.  I had planned to also widen the Swiss Army shirt neckline after I got the shoulder patches on by trimming it down a little bit, but realized the hood would fit well enough as is.  That’s the beauty of knits!  They are stretchy and a lot more forgiving! He loved how this came out! 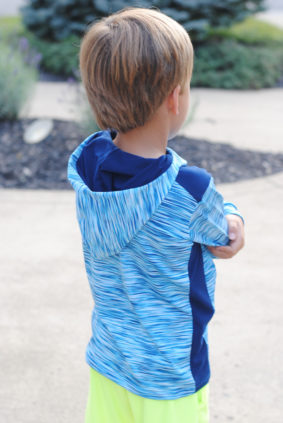 My son didn’t specifically pick out the neon double brushed poly for his shorts, but I’ve used bits of it on a Swiss Army tee for him previously and he loved it…. plus its his quintessential neon color, so how could I go wrong!  I know how much he loves the fit of his 11th Hour Gear joggers, so I decided to use the shorts option from the 11th Hour Gear for some cool, new school shorts! I wanted to include a color blocking accent somehow, and after looking through some shorts at the store, settled on a little triangle color blocking at the side.  I used the color blocking technique from this blog post {Pattern Mashing and Color Blocking} and just added a little color-blocked half triangle to both the front and back leg pieces. He was pretty excited about that little detail! 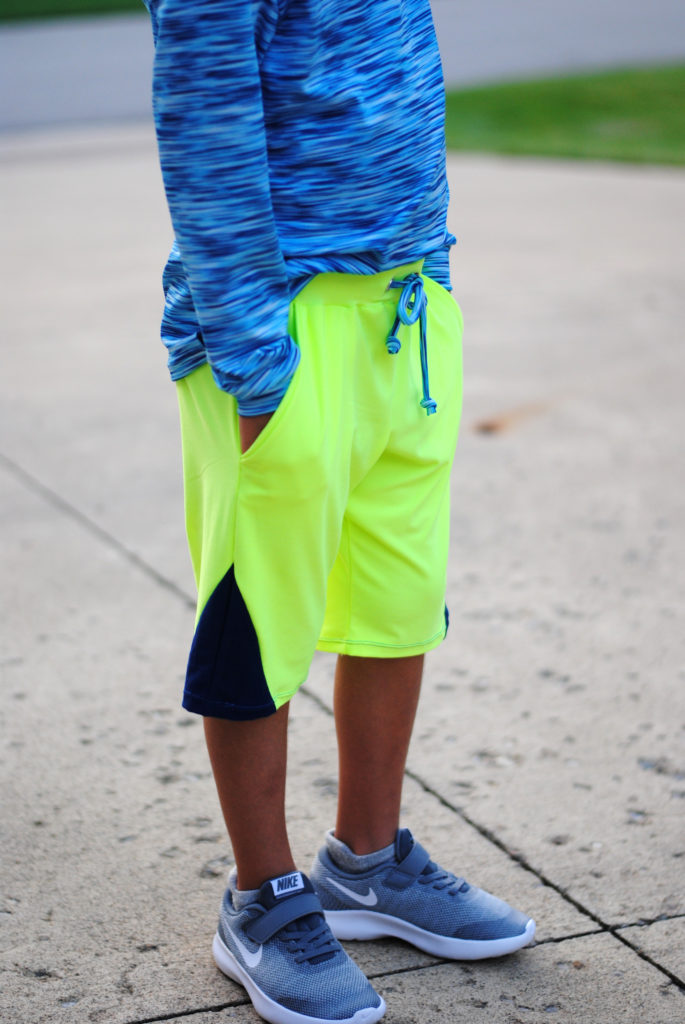 As soon as I showed the completed outfit to my son, his face absolutely lit up.  I could tell I nailed it!  It’s a win for me that I still get to sew for my increasingly picky son, and a win for him because he gets a super cool new outfit for school! 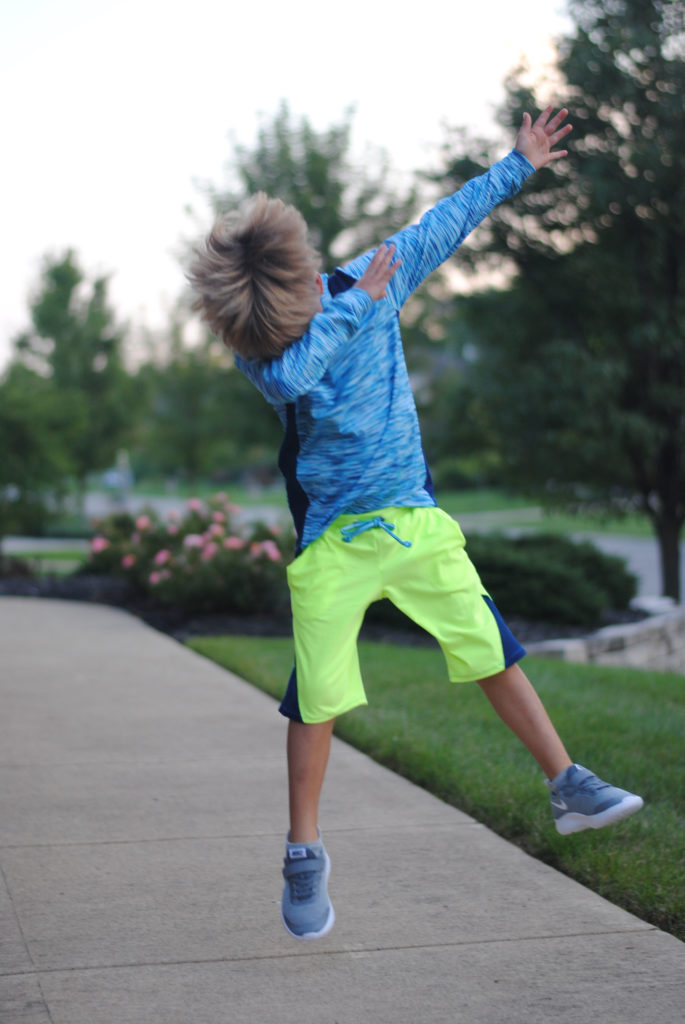 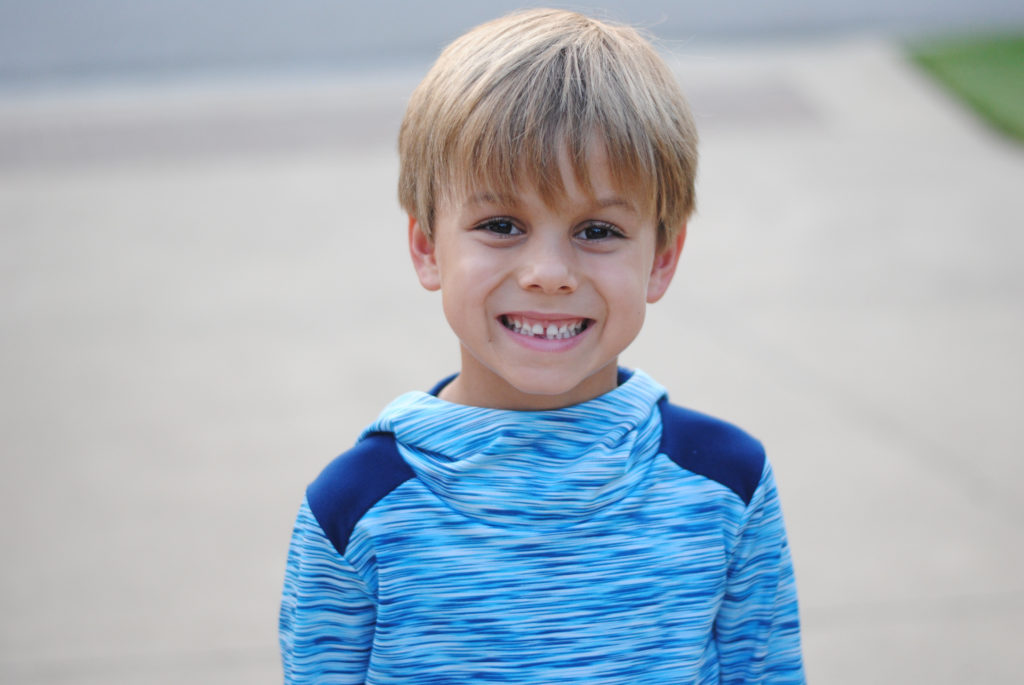 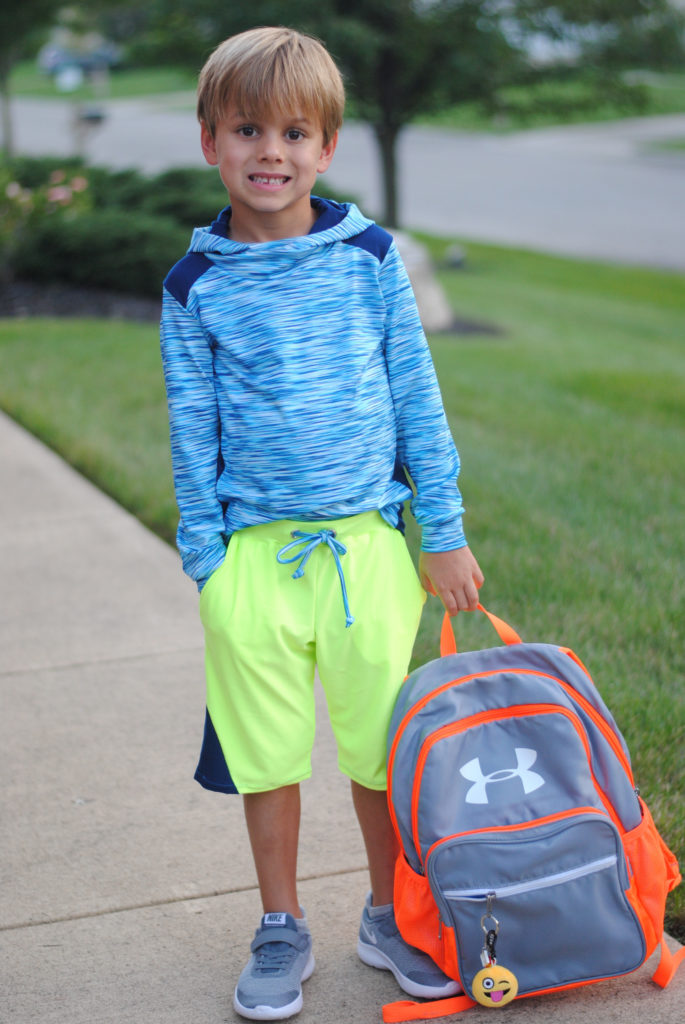 How To Hack A Hoodie into a Cowl

This site uses Akismet to reduce spam. Learn how your comment data is processed.

Item added to your cart

Continue Shopping Go To The Cart